Boomers in the Workplace: More Valuable than Ever 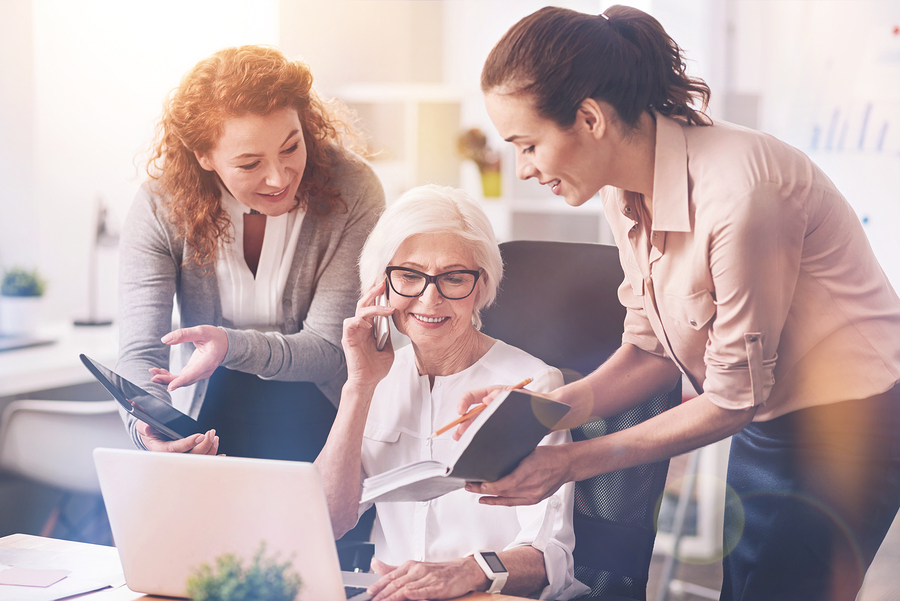 Recently we have been talking about the value of employees in the work place, specifically Millennials.

Today I want to look at the other end of the spectrum, Boomers. Baby boomers and workers over 50 in the United States are living in fear. With only a few years left before retirement, they’ve often reached the top of their pay scale. They worry that in the minds of their employers, they are also past their prime in terms of worth to the company.

This fear can intensify if the employee has been at the same company for most of their career. They wonder: if I am laid off or let go, how will I find work again? My experience has become so specific, how will it possibly transfer to something else? Will I have to take a pay cut right at the time when my earnings should be the highest for Social Security and retirement benefits?

These feelings of concern by Boomer employees aren’t unfounded. When it comes to mass layoffs in the U.S., older workers do seem to make up the lion’s share. Budget cuts must be made, and if the company can hire in someone younger to do the same job for less money, why wouldn’t they?

While this logic is pretty common, I believe it’s also flawed.

Decisions like the one above are often made in a time crunch, and letting go of boomers to achieve financial measures could prove to be an incredibly short-sighted one. That’s because employees over 50 can bring plenty to the table that their inexperienced counterparts just can’t. For instance:

Work Ethic – Employees who are older, or have been at a company for a long time, know the expectations of their job. They are less likely than younger workers to show up to work late or leave early. And despite the belief that younger people are faster, some research has shown that older workers’ productivity is similar: the time they may lose due to slower work or adaptation to technologies, they make up for by being less distracted throughout the day by personal devices and social outlets.

Loyalty – You may need to make cuts now, but what about when you need to add talent fast? Studies show that workers over the age of 50 are far less likely to leave their jobs unexpectedly than their younger counterparts. Dedication can be worth its weight in gold when losing employees means having to turn down business opportunities.

Expertise – The importance of experience cannot be overstated. Workers who have several years under their belt are better able to see and understand a problem, because it’s likely one they’ve seen before. And in emergency or crisis situations, you’ll be lucky to have a veteran on the team who can keep their cool and respond appropriately.

Mentoring Opportunities – Speaking of experience, employees over 50 in the workplace offer an incredible opportunity to pass on their knowledge to younger generations. Who better to show a new employee the ropes than the ones who have seen it all?

While there are certainly reasons an individual employee may be considered for a layoff, my question for businesses is this: Is it worth forgoing the long term benefit of loyalty, expertise, and getting business done, while sacrificing the future growth and development of new employees to hit a quarterly number? Or does the long term value, competitive advantage and incremental revenue that older employees generate for the company over time far out way a quarterly number in the short term?

Check back next month for the flip side of this coin, “How Boomers Can Maintain Relevance."

I’d love to hear from you! If you have a question or comment please share it with me below and I will be in touch with you very shortly: